Brown pelican finds his spot at popular gathering under Kemah bridge. Now outlawed, the chemical pesticide DDT caused the birds’ eggshells to thin and thus very few hatched and the bird population plummeted to only 50 birds in Texas. Pelicans were declared endangered in 1970, and DDT was outlawed in 1972. In 2009, the U.S. Fish and Wildlife Service (USFWS) announced that the brown pelican has recovered from its status as a federally endangered species and in 2010 there were an estimated 12,000 breeding pairs. 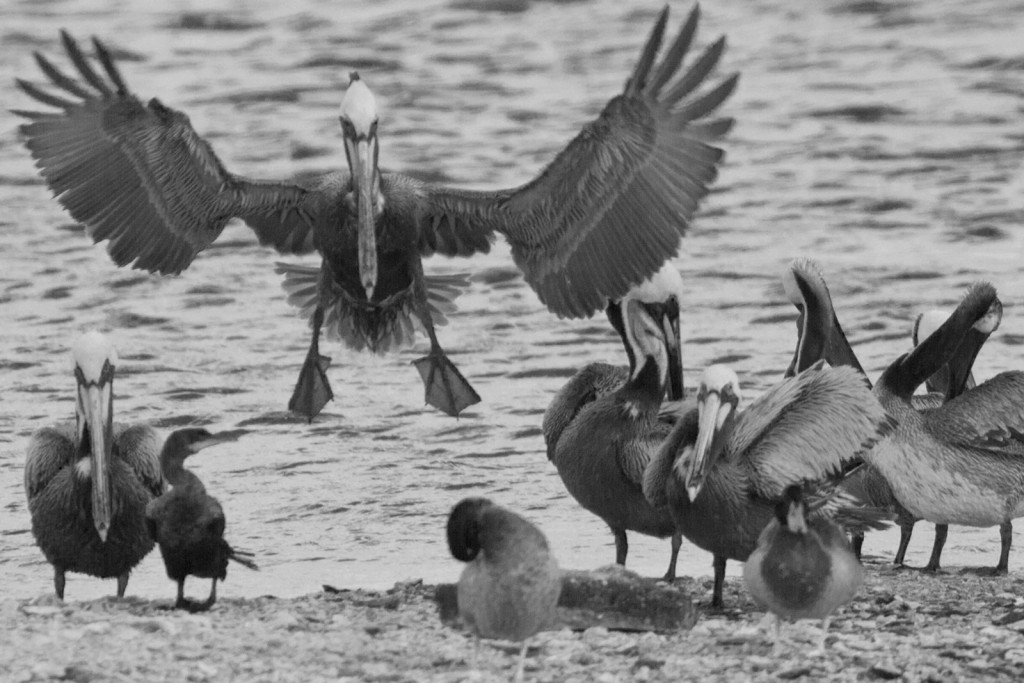